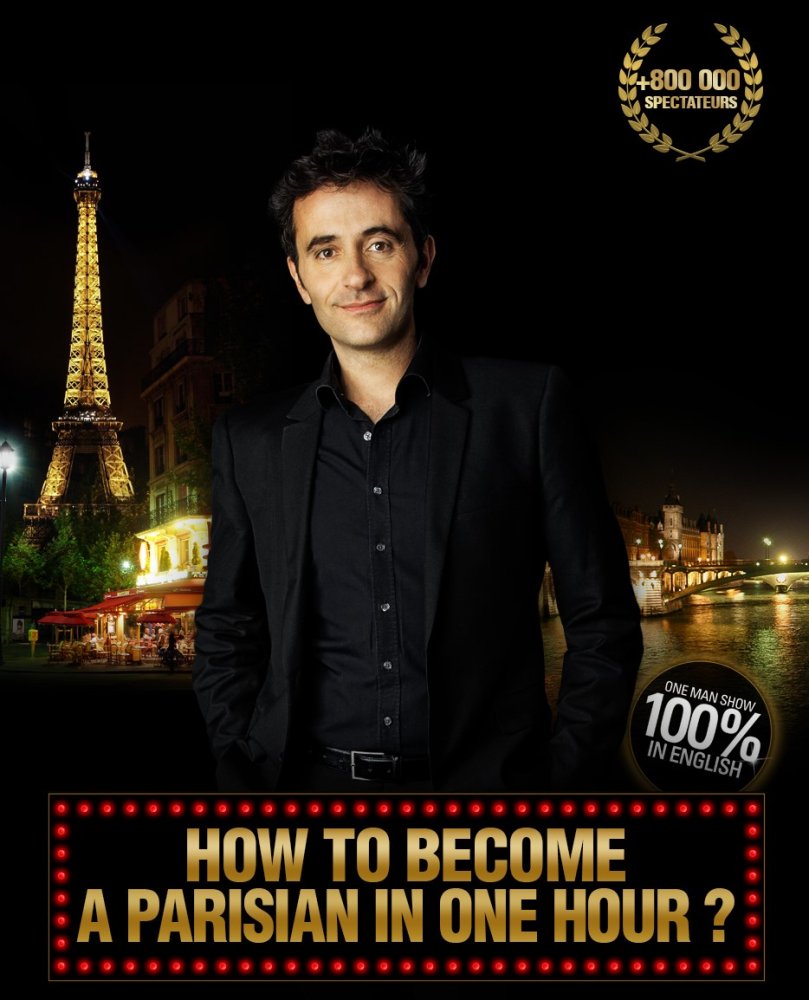 Enjoy a night out in the heart of Paris surrounded by Parisians and a multicultural audience!

The first one-man show in Paris entirely in English in Paris !

How to become a Parisian in One Hour? is a 70-minute show in English performed in a 600-seat theatre. Olivier Giraud presents the Parisian going about his daily business in his natural habitat: Paris.

The comedy show is presented in the form of lessons enabling you to "learn" how to behave like a real Parisian in the metro, at a restaurant, in a night club and even in future relationships…

The show has been a big comedy hit in France for eight years now. It built its reputation by word-of-mouth - a highly effective system as some 800,000 people have already seen it!

Thanks to the show being a success in London, where Olivier performed regularly, the production took on an international turn and became more widely known.

It is a show that takes place on stage but also involve audience participation, and that audience comes from around the world with at least 30 nationalities at each performance. This varied public includes Parisians, French from outside the capital, expats and tourists who all end up laughing together at their cultural differences.

This is the ultimate guide to enjoy Paris!